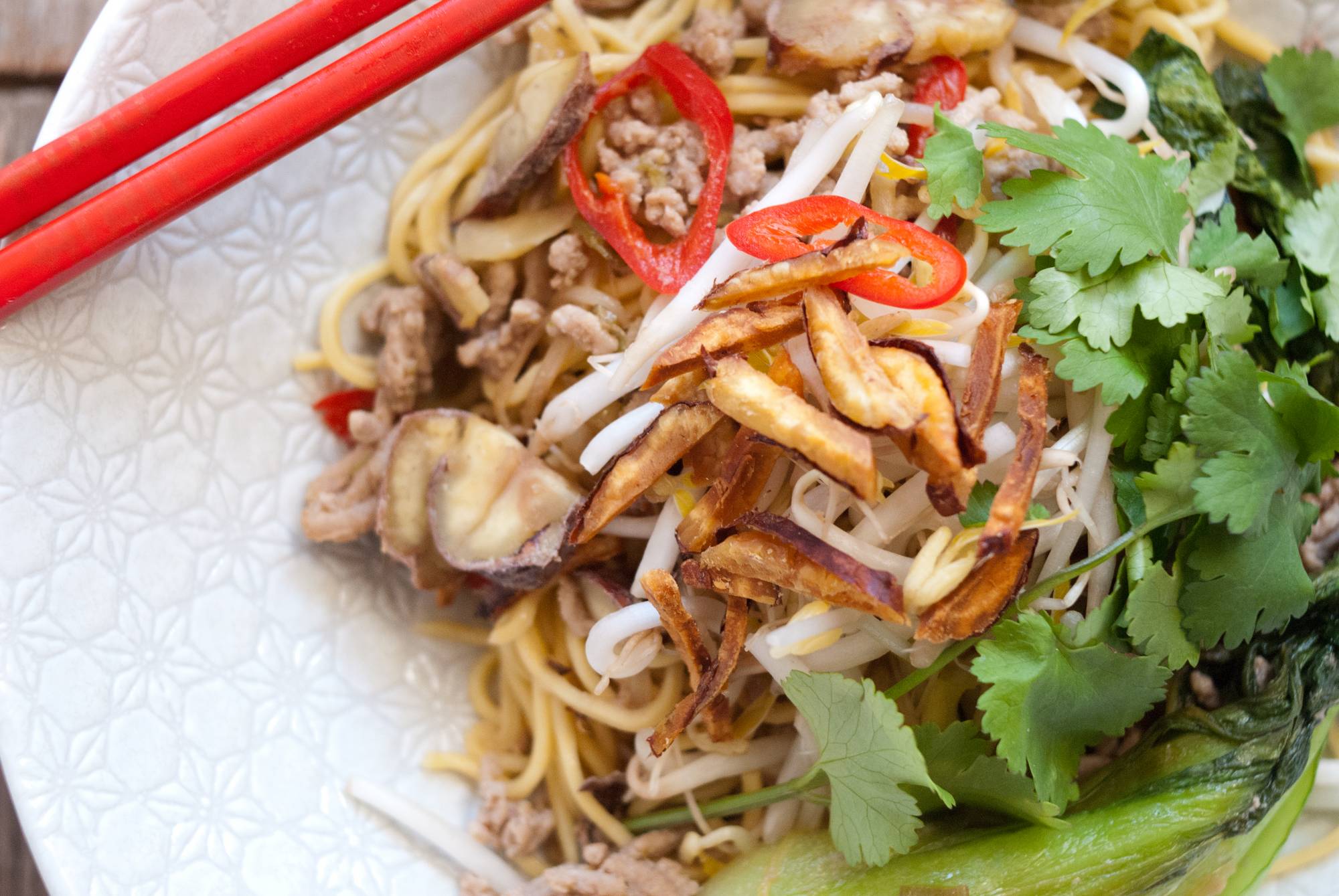 Place soy sauce, brown sugar, lime zest and juice, garlic, chilli and ginger in a medium bowl and stir to combine. Add pork mince along with the roughly chopped chestnuts and stir. Set aside for 10 mins to infuse.

To make the crispy chestnut garnish, fill a small saucepan with approx 5cm of vegetable oil. When a piece of bread dropped into the oil sizzles, the oil is ready. Carefully place the chestnut matchsticks into the oil and gently agitate them around the pan until golden brown. Remove from oil and drain on paper towel.

Prepare noodles according to packet instructions (they need to be cooked until almost soft) and set aside.

Heat half the oil in a wok over high heat. Strain the pork mince mixture, reserving the marinade in a small bowl for later. Transfer marinated pork to hot wok. Cook pork for about 5 mins, until golden in colour but not fully cooked. Remove pork from wok, and drain any excess marinade or juices into the bowl.

Heat remaining oil in the wok, add spring onions and bok choy and toss for 1 min. Add reserved marinade to wok and bring to the boil for 1 min. Add noodles and return pork mixture to pan. Cook for a further couple of minutes until cooked through. Stir through most of the bean shoots and coriander.

Place into serving bowls, top with remaining bean shoots and coriander, and sprinkle with crispy chestnuts.